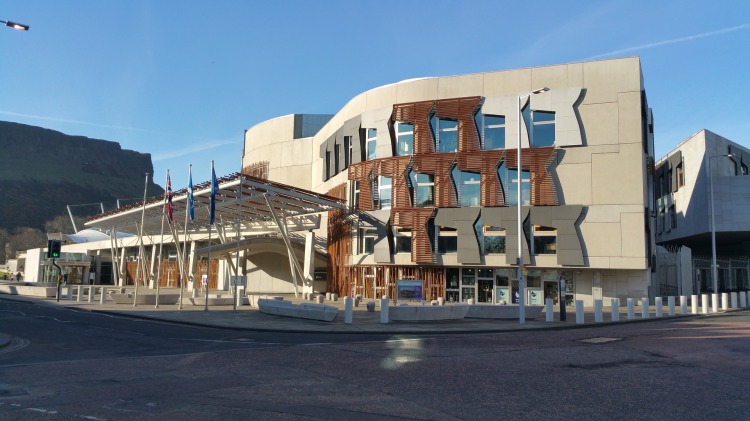 Sandra White’s decision not to contest next year’s Holyrood election brings the number of retiring SNP MSPs to an unlucky 13.

Unlucky for us in that some will be replaced by even direr representatives of the power-hungry superiority complex that is Scottish nationalism, but unlucky also for Nicola Sturgeon.

White will be chiefly remembered for retweeting (in error, the SNP claimed) a grotesque anti-Semitic cartoon of a pig branded with the word ‘Rothschild’ underneath a bank emblazoned with the Star of David. Her going will be no loss.

But Sturgeon is also losing reliable veterans such as Mike Russell, Roseanna Cunningham and Bruce Crawford. They leave behind a parliamentary party of dismal calibre.

While there are a few decent soldiers, Sturgeon’s rearguard is populated by order-takers and office-seekers with no discernible views or political priorities of their own. As a parliamentary sketchwriter I see them every week at First Minister’s Questions, leaping to their feet to pitch the boss a softball.

You can usually spot a toadying query by the sheet of paper in the backbencher’s hand and the halting fashion in which it is read from. Most of all, you can be certain it will contain not a single word of reflection on the shortcomings of the SNP. Thirteen years in government and everything is still someone else’s fault.

The iron grip the party has on MSPs is as much about camouflaging their inadequacies as it is about maintaining discipline and consistent messaging. This becomes apparent in those moments that party enforcers are unable to script, such as Twitter posts or impromptu speeches, and this is when Nationalist backbenchers are likely to make headlines for all the wrong reasons.

Many are mediocre but they lack the good sense to know they’re mediocre and keep their heads down accordingly. Instead, they make a din and draw attention to their high output of low quality.

For this, the SNP hierarchy only has itself to blame. When you select candidates based on their willingness to sing from a hymn sheet, you shouldn’t be surprised when they’re hopelessly out of tune without it.

Unquestioning loyalty has its upsides but the downside is that the sort of people prepared to give it are not the sort of people you want too many of in politics. The SNP has placed deference to the leadership above all other duties and in doing so has created a parliamentary group that does not know how to do anything else.

It wasn’t always like this. The 1999 generation, to which many of the retiring MSPs belong, included some canny politickers, slick performers and redoubtable characters. The first parliamentary group boasted the likes of Alex Salmond and Kenny MacAskill, Winnie Ewing and Margo MacDonald. You need not be in sympathy with their views to acknowledge that they had passion, ideas, insight and commitment. They spoke their minds because they had minds to speak. These were the faces of Scottish nationalism when the party was in the doldrums.

Today the SNP is at the height (thus far) of its political fortunes yet, with a few exceptions, the MSP group would struggle to pass muster in a community council. They are Holyrood’s ghosts, men and women of no apparent substance whose sole function is to rattle their chains and spook the opposition.

Their every parliamentary vote is cast through the First Minister’s console. There is almost nothing they will not nod through, from the legislative omnishambles that was the Offensive Behaviour Act to the sinister and intrusive Named Persons scheme. The Hate Crime Bill currently before parliament is the most radical and authoritarian legislation of the devolution era and should be scrutinised by independent minds and free spirits. There are precious few of either on the SNP benches these days.

Yet these are the people we are told will lead Scotland to independence, the legislators who will lay the foundations of a new country and a new constitution. Is James Dornan to be our James Madison, Tom Arthur our Thomas Jefferson? The arguments against separation are many but perhaps none as conclusive as simply pointing out who will be overseeing the separating.

Whenever I observe just how substandard Holyrood is, I am said to be talking down Scotland, accused of insulting hard-working parliamentarians, charged with snobbery for wishing more of our MSPs had been to our best universities, or told I should look to Westminster if it’s a dysfunctional parliament I’m after. The one thing that never happens is someone proposing to make Holyrood better.

In fact, it is likely to get worse from next year – and again because of changes taking place within the SNP. The passing of the baton from the 1999 generation to the 2014 generation will bring to Holyrood some of those activists who first entered politics during the independence referendum. In theory, that should mean an even sharper focus on Scexit, for that is what first stirred the ideological consciousness of this group, but their edge in youthful energy does not come with the wisdom, experience, patience and caution of the departing generation.

They have not knocked on doors in streets where even the dogs were voting Labour and where second place in a by-election was practically victory. They are all about the possibilities of politics but are unfamiliar with any of the limits. They believe and they think that is enough.

What some of them believe – about identity politics, gender theory and much else besides – would be considered bizarre by most SNP voters. It’s doubtful whether they have met many of those voters, whose values and priorities are very different to those of the party’s woker-than-thou activists.

Yet these are the activists who will soon take their seats on the Nationalist backbenches and Nicola Sturgeon will have to contend with that. Gone will be many of the cool heads and canny old veterans, and in their place will be self-righteous neophytes with little experience of the world outside a branch meeting or a consciousness-raising Zoom session.

They will be just as unimpressive but they may make more of an impression on the general public, who they think are just champing at the bit to hear about reform of the Gender Recognition Act and the urgency of awareness training for white privilege.

Sooner or later, there is going to be a nasty encounter between a changing SNP and the voters who put them in power.

This can be averted if the party is willing to challenge the deficiencies of its current crop of MSPs and face down excitable factions that would match the dullardry of time-servers with the amateurishness of upstarts.

Nothing would benefit the SNP benches more than a clear-out of dead wood and bringing in people with experience of real life – people who are leaders in their professions and industries, those who don’t fit the typical politician mould but obviously have something to contribute.

The polls say the SNP is on course for a landslide next May – all the more reason to take a chance on fresh faces with ability and an inclination towards public service. A party in as rude health as the SNP that can’t attract better than Gillian Martin and Paul Wheelhouse maybe isn’t in such rude health after all.

Sturgeon is forever demanding Westminster show Holyrood more respect. Given the stature of the people she chooses to stack it with, she might want to try that herself.