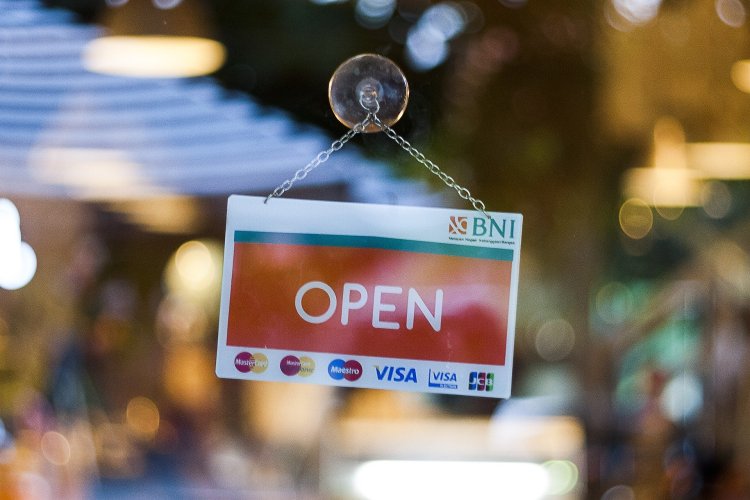 Coronavirus is showing the best and worst of British business.

We have all heard the stories: some firms are being responsible and decent while others are treating the deadly pandemic as business-as-usual or even a chance to lay off workers at short notice. I doubt I’m the only one who won’t be forgetting which firms rolled up their sleeves and put country first and which acted like spivs and scuzzballs.

First, let’s hear it for those doing the right thing. Hospitality giant Whitbread, which owns Premier Inn, Beefeater and Brewers Fayre, has pledged to keep all its staff on full pay until the Chancellor’s 80 per cent salary scheme kicks in.

Former Manchester United defender Gary Neville has closed his two hotels to the public and turned them over to NHS staff, all the while keeping his own employees in work. Chelsea FC is doing something similar with the Millennium Hotel, the lodgings house it runs at Stamford Bridge. Coffee chain Costa is guaranteeing its staff eight weeks’ pay.

Then there are the unacceptable faces of capitalism. Take Mike Ashley, a one-man argument for trade unions. The billionaire owner of Sports Direct tried to keep his shops open by passing them off an an ‘essential service’ before being forced to back down and profess himself ‘deeply apologetic’ after a backlash.

Last week ITV News obtained a list of price changes at Ashley’s stores that saw some items soar by £10 and £20, with one branch manager accusing the business of ‘price-gouging’, something parent group Frasers denied.

Then there’s Tim Martin, the Wetherspoons tycoon who said employees of the low-price pub chain would not be paid until Rishi Sunak’s furlough payments came through. Martin, who should sue Harry Enfield’s Loadsamoney for copyright infringement, was similarly compelled to retreat once his remarks were made public, though not before he had suggested his workers take a job at Tesco if the opportunity arose.

Elsewhere, the GMB union accused online clothing retailer ASOS, which remains open, of having ‘thousands of people under one roof’ and ‘not enforcing social distancing’, describing the situation as ‘disgusting’ and looking ‘exactly like a hot bed of infection’. ASOS rejected the union’s characterisation, saying it ‘typically’ has 500 staff working in its facility and has ‘strict social distancing protocols in place’.

Unite has urged whisky producer Diageo to halt operations at its Scottish plants, contending that ‘hundreds of people are working beside each other for hours a day and then travelling home often on public transport to their families’. Diageo claims it has put in place ‘strict safety protocols which go beyond government guidelines’. Greater Manchester mayor Andy Burnham says his office has received complaints about 150 companies in the city not observing social distancing rules.

Capitalism gets a bad enough rap as it is. Marx wrote that ‘one capitalist always kills many’ and, as if to oblige, Hollywood has supplied a century of cigar-chomping industrialists who brutalise their workers and poison their customers and even the odd commodities trader with a sideline in serial-killing.

Folk singers from Woody Guthrie to Bruce Springsteen have strummed their guitars to the laments of working men who found themselves on the wrong side of the American Dream. It was left to Eighties new wave ensemble Oingo Boingo to protest that ‘there’s nothing wrong with capitalism’ — unless you’re ‘a middle-class socialist brat… and you never really had to work’.

Where it has been granted an untrammelled run, socialism has not redistributed resources from the haves to the have-nots — it has redistributed membership of the haves from one elite to another. Meanwhile capitalism, maligned as selfish and uncaring, has done more to lift billions worldwide out of poverty than any other system or idea.

That is why it is galling to see some British businesses play into the hands of those who would exploit this moment to push crude economic populism. At times of acute crisis, free-market economics come under acute threat. When people are afraid, they fear their precarious situation and resent being made to feel precarious in the first place. The quick, brutal remedies of state power, assuaging their anxieties with a soothing promise that the government will take care of them, become infinitely more appealing than in normal times.

These are not normal times. Families are on lockdown while an invisible killer stalks outside. Many have only a few days’ supplies but find supermarket shelves barren when they venture out to restock. They are worried for their loved ones, their jobs and the roof over their heads. The sight of straight-to-video Gordon Gekkos trying to make a fast buck while oozing contempt for the plight of the rest of the us incenses them. Some of the worst-behaved companies might find themselves staring down a boycott if they don’t get their act together.

While the Great British public follow the government’s advice to pull the country through this crisis, they expect firms that call Britain home to do the same. Yes, you can enjoy access to a customer base of 67 million people and some of the most favourable corporate tax rates in Europe but in return you are expected to do your bit when times are tough. A little bit of patriotism wouldn’t go amiss given the circumstances. The national interest trumps self-interest.

Capitalism deserves more representatives like Whitbread and Gary Neville and fewer Mike Ashleys and Tim Martins. Markets have no innate moral code; they are just a mechanism for exchanging goods and services for payment. To prove their merit in times of calamity as well as times of plenty, they need to be guided by men and women who appreciate more than just the bottom line. There is such a thing as compassionate, responsible capitalism and it is needed now more than ever.

A skim through the history books tells you that eruptions of social and economic tumult are usually followed by sharp divisions of politics into the far fringes of the Left and Right. You could be forgiven for thinking we’ve seen all the populism there is to see in recent years but you would be mistaken.

There is fear and rage out there and wherever they are, demagogues are seldom far behind. If the UK emerges from this situation with mass unemployment, it will get the politics of mass unemployment: big government, high taxes and public ownership. Every company that acts like a caricature of capitalism will bring us closer to a government that is a caricature of socialism.

Jeremy Corbyn slinked off last week after four and a half years of his pious miserablism reduced the Labour Party to its lowest point in 85 years. The British public rejected him in December but would they have rejected him this December, or the December after?

I like to think so but there will be other, more effective Corbyns, characters unburdened by his weaknesses and gifted an electorate that knows desperation like no other since the war. Keeping people in jobs and in their homes keeps them from the clutches of men like Corbyn and safeguards the economy from the ideological vengeance they would wreak on it given the chance.

Businesses are doing it tough and even the most well-intentioned chief executives don’t have bottomless pockets but the chancers and the charlatans, those who line their pockets while sowing needless human misery, will reap terrible consequences for everyone.

Now is the time for the private sector to practise socialist distancing: embrace compassionate capitalism to keep the alternative as far away as possible.