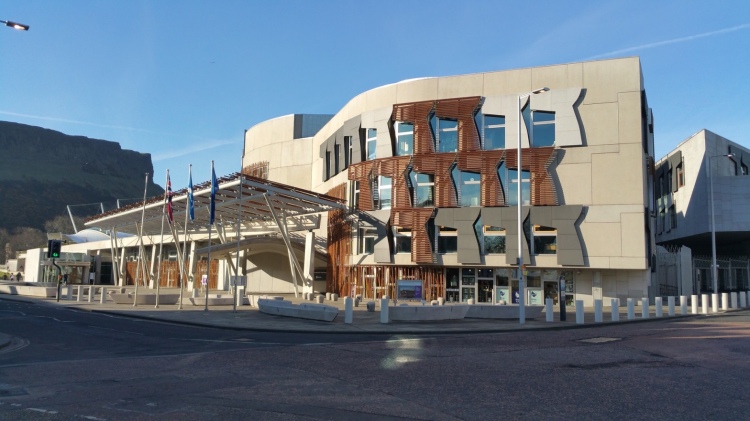 The period between rising star and yesterday’s man is growing shorter and shorter.

We already know that Ruth Davidson will be standing down at next year’s Holyrood election after ten years as an MSP. A decade is a long time in most careers but in politics it is barely a warm-up; after ten years in Parliament, Margaret Thatcher was still only Shadow Education Secretary.

Now Gail Ross has announced that she too will be leaving Holyrood. The MSP for Caithness, Sutherland and Ross was only elected in 2016 but since then has shown herself to be smart and talented with a keen sense of what matters to Highlanders and a determination to fight for their concerns to be heard. She was often tipped for ministerial office and her absence from successive reshuffles was a curious oversight on the part of the First Minister.

The reason for Ross’s very early retirement should give us all pause. She explained: ‘I want to be able to spend more time with my family, to watch my son grow up and to be more involved in local issues, things I cannot presently do.

‘The sheer size of the area I represent also means that I am having difficulty in reaching every part of the constituency on a regular basis and I am not able to represent my constituents in the way they deserve and rightly expect.’

An MSP is giving up parliament before her political career has properly started because the demands of motherhood and a rural constituency are proving impossible to reconcile.

Some will have no sympathy. She knew what she was getting into and lots of people work jobs with much longer hours and for much less pay that also keep them away from home. This is true, but we should be trying to get away from these employment conditions so that working parents can spend as much time as possible with their children. Not only is that what parents want, there is a body of research that shows the importance spending time with younger children in particular.

If you want the world of work to become more family-friendly, you need people in parliament who understand from personal experience how hard it is to balance a career with raising children. The days when mum stayed at home while dad went out to work are long gone and, besides, most families simply cannot afford to have only one parent earning.

The stress and guilt this places on mums and dads is immense and the more they try to do to bolster the family finances, the worse they feel about themselves for missing school plays and sports days. Having mums in parliament keeps these issues to the fore when policy is being made — and mums in particular because, however politically incorrect it might be to say, women are still the primary care-givers in most families.

Ross is not the only political mum to open up about the challenges of raising children while in parliament. Ruth Davidson’s departure from the Tory leadership was in large part about wanting to spend more time at home with baby Finn. As she said at the time: ‘The party and my work has always come first, often at the expense of commitments to loved ones. The arrival of my son means I now make a different choice.’

Aberdeen North MP Kirsty Blackman has also spoken out. She was rebuked in 2016 for bringing her two young children to a Westminster committee meeting after being unable to secure childcare. She even took her offspring with her when she went to vote in the division lobby, reasoning: ‘I have yet to work out what the House expects us to do with small children who are not allowed in the lobby. How do I explain to a two-year-old that she has to stay with adults she has never met so I can vote? The system is nonsensical and overdue for reform.’

I’ll be honest: as an old fuddy-duddy when it comes to parliamentary procedure, I used to be resistant to the idea of making either Holyrood or Westminster more family-friendly. Parliament isn’t a coffee morning; you can’t rearrange a vote on air strikes in Syria because little Johnny has a tummyache. But a parliament is only as good as the quality of member it attracts and if the status quo is going to cost us hard-working and capable MSPs like Gail Ross, then maybe it is time to look again at how parliament operates.

Technology affords us a wealth of potential solutions. Given the advances in video-conferencing software, it should be possible for members to participate in committees or chamber debates even if they are on the other side of the country. This would be particularly helpful to MSPs like Gail Ross who represent vast electorates where more time is spent driving from one meeting to another than is taken up by the meetings themselves.

There is also a case for the use of proxy voting. Members of the public can nominate someone to vote in their place on election day, so why shouldn’t the same option be open to MSPs, provided the proxy performs a purely functional role and doesn’t take any decisions themselves? The House of Commons recently introduced a proxy voting scheme for MPs on parental leave and there’s no reason Holyrood couldn’t fashion a more generalised version of that system.

The House of Commons provides an on-site nursery for MPs’ children, something absent from the Scottish Parliament. The Westminster experience is instructive, though. Because the Commons nursery runs like any other nursery, members’ children must be registered, long-term pupils, which doesn’t allow the kind of flexibility essential to good childcare. That has prompted MPs to call for a creche to operate alongside the nursery on a drop-in basis. There probably isn’t the space at Holyrood for a nursery and a creche but given the size of the Scottish Government estate, there should be space for an off-site facility nearby.

Politicians don’t cut terribly sympathetic figures. To the proposition that we make parliament more accommodating of political parents, many will say they should get on with the job they’re paid to do or go get another one. But this underestimates the value of having mums and dads at Holyrood, as well as MSPs from rural and island Scotland. Drive them away with unworkable conditions and you will end up with a parliament of Central Belt singles, unrepresentative of the country, unfamiliar with the challenges of parenting, and unresponsive to the concerns of families.

If we’re going to make Scotland a better place to raise a family, we need people who know about raising families making laws and shaping policies. Losing people like Gail Ross makes that all the harder.

I was sure I watched the Tories win the election in December, but I’m starting to have my doubts. Boris Johnson’s government won’t be appealing the Court of Appeals ruling that its plans to build a third runway at Heathrow are inconsistent with its obligations on climate change. Cue much Tory bellyaching about ‘activist judges’, but who was the foreign secretary who signed the Paris Agreement? That would be one Boris Johnson.

Protecting the climate and economic growth need not be at odds but when government signs up to virtuous-sounding treaties without thinking through their implications they put the two on a collision course. The economic case for a third runway is sound. Growing the economy will expedite the arrival of technological solutions to climate change.

This government was not elected to bend to the regressive elitism of middle-class bog-botherers or the millenarian eco-communism of Extinction Rebellion. Not only should ministers press ahead with Heathrow expansion, they should build a new airport to declare Brexit Britain open for business. ‘Greta Thunberg International’ has a certain ring to it.

Carrie Symonds has announced that she and the Prime Minister are expecting. A baby is always happy news but at this time of doom and gloom — Brexit, coronavirus, flooding — it’s especially welcome. It’s also a cause for celebration on the Opposition benches: finally, there’ll be somebody in labour living at 10 Downing Street.