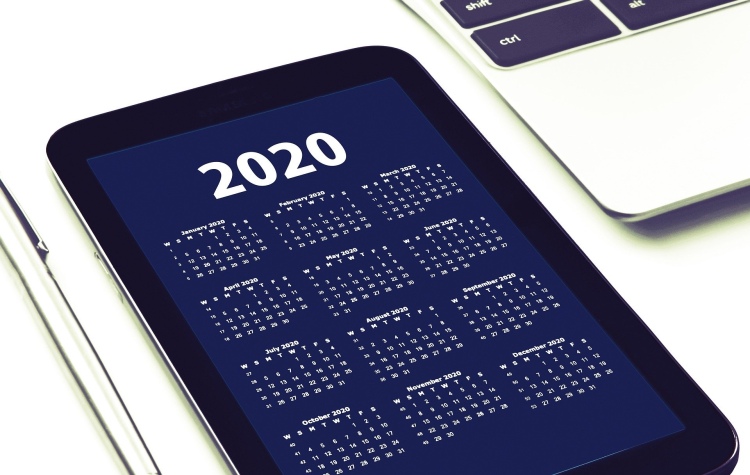 Wednesday will bring 2020 and with it the SNP’s 13th year in devolved government. It is unlikely to be the party’s last, a state of affairs which ought to prompt soul-searching among the Nationalists’ opponents.

When Alex Salmond eked out a narrow win in 2007, there was a vivid conviction in Scottish Labour that this aberration would soon be corrected and the People would return guiltily to their Party.

Two Holyrood trouncings further, Labour has still not come to terms with the reasons for its rejection or its deepening irrelevance to a political landscape defined by the constitution. Scotland moved on but Labour did not and while it clings to the ghosts of its glory years, the voters it took for granted see their future in the SNP.

Scottish Labour is too weak, confused and directionless to pose any serious threat to the Nationalist hegemony. Absent a new party — a feat of considerable political will and financial resources — that leaves the Scottish Conservatives as the only viable rival to the SNP.

The party made significant progress under Ruth Davidson but without her it lacks a leader with star power and, more importantly, a clear purpose beyond opposing another referendum on independence. Were it to remedy those two shortcomings, it would be faced by the same hurdle that even Davidson could not clear: too many Scots cannot bring themselves to vote for the party.

The Tories are painfully aware of the problem and have spent the devolution era agonising over it. Some have concluded that the party’s reputation is too toxic and a new vehicle is required for centre-right politics. Others, not least the members, refuse to countenance anything so radical and contend that fresh talent and new policies are enough.

Ruth Davidson deemed both these approaches counter-productive and in the latter years of her leadership inched towards a distinctly Tory solution: keep the party and change it entirely.

The long-term ambition of Project Ruth was to remake the Conservatives as a blue-collar party, appealing to non-graduates with small-c conservative instincts on the economy and crime but who would never imagine themselves to be Tories. It was a solid start but following Davidson’s return to the back benches, blue-collar Toryism is in danger of stalling.

Without an obvious champion and with the Conservatives distracted by agitation for another Scexit referendum, what Teddy Taylor called ‘the representation of people who don’t live in big hooses’ will falter.

The popularity of that brand of politics can be deduced from the results of the general election. Brexit was a decisive factor in convincing voters in Labour heartlands like Redcar and Bishop Auckland to back the Tories for the first time, but it wasn’t the only factor.

Boris Johnson offered his party on a manifesto to the Left of David Cameron’s austerity conservatism and, while talk of a Tory spending spree was overspun, the Institute for Fiscal Studies warned it was ‘highly likely that the Conservatives would end up spending more than their manifesto implies, and thus taxing or borrowing more’. The Prime Minister’s pledge not to elevate income tax, VAT or National Insurance was, the independent think tank remarked, ‘ill-advised’.

Labour’s lurch to the far-Left created a gap which Boris Johnson’s canny, counterintuitive strategist Dominic Cummings decided to occupy. To tempt Labour supporters to cast their first Tory vote, Cummings built a message around more spending on public services, a position popularly associated with the party of the Left, and a tougher stance on crime, a Tory favourite that also chimes with traditional Labourites.

The IFS is right to warn of trouble ahead as the Conservatives try to reconcile their new political priorities to their long-standing fiscal principles. A messy reckoning between tax and spend is on the cards.

But that is for another day. What matters in the immediate is that the Conservatives found a way to turn red into blue. Can the Scottish Tories learn from this and what would they have to do? Ruth Davidson’s focus on vocational education and upskilling was an important start but to become a party of aspirational workers means a bigger change that takes on foundational assumptions about what the Scottish Tories are for.

Take inequality as our point of departure. Some Conservatives give the impression of deeming social and income disparities necessary evils of a free-market economy and too few recognise their knock-on effects. This is wholly at odds with public opinion. The 2018 Scottish Social Attitudes Survey found that half of Scots believe poor health is the fault of social injustice and a majority would be prepared to pay more in tax provided health outcomes improved.

Whether the voters always carry such lofty pronouncements with them into the polling booth come election day is another matter. What the public is saying is: we believe in fairness. Unfortunately for the Tories, ‘fairness’ is not a word many voters would associate with them. They are the party you turn to to get a job done, not one to realise your ideals, and until they can shake off that image they will continue to be dogged by their fairness problem.

Whether on health, education, opportunities or equalities, the Tories are still seen as the party of greed, privilege and self-preservation. The correct response is not to play to the stereotype or cower and hope it all goes away, but to build on the foundations left by Ruth Davidson to dispel these myths once and for all. The Tories can be a party of fairness, hard work and community, if they are prepared to take the tough choices and put the effort in. Scottish Labour has abdicated all responsibility? Fine, then someone else will assume the best of that party’s old values.

There is a gap in the market for a party that invests heavily in the health service, pledges to restore quality education for all and puts victims of crime at the heart of its justice policy. No fancy philosophy here — just fairness. The Tories already have some things in common with such a party and where changes are necessary, they are long overdue. No more settling for second place.

It may well be that the constitution’s vice-like grip on Scottish politics will not be broken until either the separatists win or Westminster grasps the nettle and curtails their power to use Holyrood as the headquarters of a never-ending campaign for Scexit. In the meantime, a serious attempt should be made to oust them at the next election but that is a task the Tory Party will not be up to until it changes.

Colin Weir, who has died aged 71, was best known for the £162 million EuroMillions jackpot he and wife Chris scooped in 2011. For those in the world of politics, he was the SNP supporter who contributed substantially to his party and the Yes Scotland campaign.

But he deserves to be remembered, too, for his generosity towards sporting and charitable institutions. He had recently acquired majority shareholdings in Partick Thistle FC and intended to donate his 55 per cent stake to fans next year, putting the club’s future in the hands of the local community.

The couple also used their winnings to set up the Weir Charitable Trust, which has funded good causes from food banks to dementia-friendly pop-up cinemas to horse-riding for disabled children. When Darlington teenager Kieran Maxwell lost a leg to a rare form of cancer, the Weirs paid for a state-of-the-art prosthetic limb.

Colin Weir wasn’t just a lottery winner. He was a true Scottish philanthropist who used his good fortune to give others a chance.

I’m not one for Hogmanay. Too many regrets, too many auld acquaintances left behind. But if like me you feel too maudlin to raise a glass and toast 2020, think on this: Donald Trump has somehow made it three years in the White House without blowing us all up. I’ll drink to that. All the best when it comes.