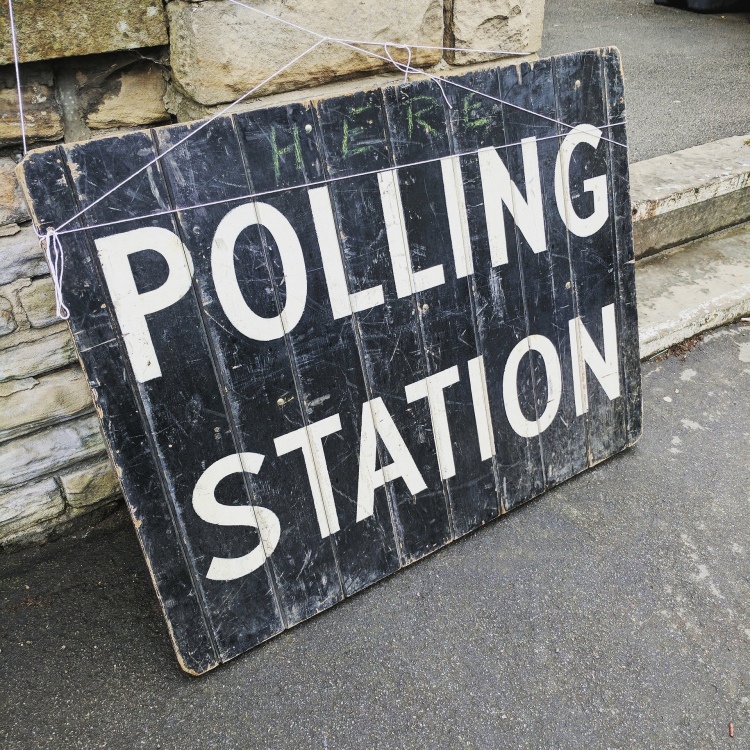 There is something about the printing of ballot papers that sends politicians reaching for the superlatives.

Barely has a single billboard gone up or a solitary postal vote settled on a weary doormat than the parties begin breaking out the apocalyptic rhetoric.

‘This is the most important election of your lifetime.’ How many times have we heard that? The problem with all those years of candidates crying wolf is that it is finally true. The ballot that will decide the future of the UK for a generation is upon us. But will the electorate believe it this time?

The reason Thursday’s vote is higher stakes than any since at least 1979 is because the visions on offer are so fundamentally dissonant. Nicola Sturgeon has placed separation at the centre of her campaign. Scottish nationalism may not be to your tastes but it is a respectable worldview and one that good and well-motivated men and women have espoused for many years.

Sturgeon has departed from their principled stance by seizing upon a moment of acute national crisis to snatch for herself a second chance at glory. It is true that the primary goal of the SNP, as defined in the party’s constitution, is the ‘restoration of Scottish national sovereignty’. But there is a second, less remembered clause: ‘The furtherance of all Scottish interests’. Nothing in Sturgeon’s strategy for exploiting Brexit to secure Scexit furthers Scottish interests.

Instead, she glimpses Brexit as her last best chance to rescue her imploding political career at the expense of the country she professes to love more than the opponents she accuses of ‘talking down Scotland’. As the damning Andrew Neil interview exposed, the SNP leader is hellbent on pressing ahead with Scexit despite having no credible plan on currency, the UK single market, a hard border at Gretna, EU accession, or the funding of public services. Sturgeon is not out to further Scotland’s interests but her own.

The SNP leader is spinning Thursday as a chance for Scots to ‘escape Brexit’ but her escape hatch opens right into the mouth of a black hole. If Scotland is sucked in, it will mean years of chaos, division and uncertainty that will make the last three years seem almost serene by comparison. Leaving the European Union has hardly been a fun family frolic but Brexit is a PG-rated romp compared to the grisly video nasty that is Scexit.

In more responsible times, Scots would have a ready-made alternative to reckless separatism in the form of the Labour Party. But these are not responsible times and Labour is not a responsible party. Faced with the prospect of a hung parliament, Jeremy Corbyn and his court have made clear they will give Nicola Sturgeon her second referendum in return for propping up a minority Labour administration. Whatever Scottish Labour candidates say on the ground, Corbyn is the one who will decide and he will always put his clutches on power ahead of the Union.

A Sturbyn government — in which Sturgeon holds Corbyn to ransom — is not the only threat to the United Kingdom. The Labour Party itself is in the grips of an ideological zealotry fuelled by extremism and malice. This is not the decent socialism of Clement Attlee and Harold Wilson, the socialism of workers’ rights, fair pay, warm houses and union protections.

It is the socialism of student radicals who never graduated from revolutionary poseurism, only now the fist-clenching vanguard would be in total control of the British state. Theirs is the socialism of the guttural howl and nothing else. They are against everything and for nothing and when power failed to turn their empty slogans into meaningful change, it would be the very people they claim to care about who would suffer the most.

Theirs is also the socialism of fools. Yesterday, British Jews held a demonstration in Parliament Square against anti-Semitism. That, in living memory of the Holocaust, Jews are once again having to warn us about this foul, stupid, undying prejudice should send a chill coursing through the body politic.

The Labour Party is owed much of the blame. Since Corbyn’s election as leader in 2015, the anti-Semitism virus has spread through the ranks of what was once the party of Manny Shinwell and Ian Mikardo. The leadership’s failure to tackle anti-Semitism, combined with Corbyn’s own long record of sinister statements and associations, are no doubt why surveys show Labour on minuscule levels of support among Jews.

Survation polling conducted earlier this year found that 86 per cent of British Jews ‘believe that there are high levels of anti-Semitism among Labour Party members and elected representatives’, with 87 per cent deeming Jeremy Corbyn himself to be anti-Semitic. Almost half of Jewish respondents to a poll in October said they would ‘seriously consider’ fleeing the country if Corbyn came to power. On Thursday, it is imperative that Britain sounds a clarion blast: British Jews must never be put through this again and anti-Semitism must be stamped out of politics without relent.

The moral outrages witnessed of late invite a righteous response and cool tactical voting hardly feels equal to the indignation many feel. In an ideal world, no one should have to vote tactically. Democracy should be about giving the force of the ballot to deeply held principles, not settling for Pepsi Max because Diet Coke is so much worse. But uninspiring as it is, tactical voting can work, especially in Scotland where so many seats teeter on wafer-thin majorities.

In Ochil and South Perthshire, anyone who values the Union will know that the Conservatives’ Luke Graham is the only man who can stop Nicola Sturgeon’s separatist (and geographically challenged) candidate. In East Dunbartonshire — which is not Ochil and South Perthshire — even Tories who find Jo Swinson grating and her stance on Brexit objectionable understand that the alternative is victory for Sturgeon and secessionism. I wouldn’t presume to tell readers how to vote but I will disclose my own intentions: minimising the number of Labour and SNP MPs returned to Parliament. Britain’s character, and Britain itself, depend upon it.

This election is not about bread and butter but it should be. Even though most of those matters are devolved, Nicola Sturgeon has chosen to put herself front and centre of the SNP’s campaign, so the voters are entitled to interrogate their First Minister on them.

The SNP should be held to account for its failings on schools, hospitals, mental health, rail travel, the economy and much else besides. The PISA scorings showing decline in maths and science shame an education system that the rest of the world once regarded with envy. A children’s hospital in Edinburgh that cannot open because it might make patients sicker than when they came in is a grim inversion of all the NHS is supposed to stand for.

A centralised police force which cannot command the confidence of those tasked with overseeing it risks losing the faith of the public at large. While ministers’ preferred rail provider continues to let passengers down with no hope of improvement on the horizon, their own ferry quango is taking them to court over a contract dispute. This is a government which is daily failing to govern, and it must be scrutinised and held to account for that.

That cannot happen as long as Brexit and Scexit duopolise parliamentary time and political energy. The everyday is no match for the mystical allure of flags. Only by heaving off the suffocating dead-weight of constitutional fixation can we return to bread and butter. Thursday is the most important election of our lifetime because it is our chance to get back to what matters most to our lives.