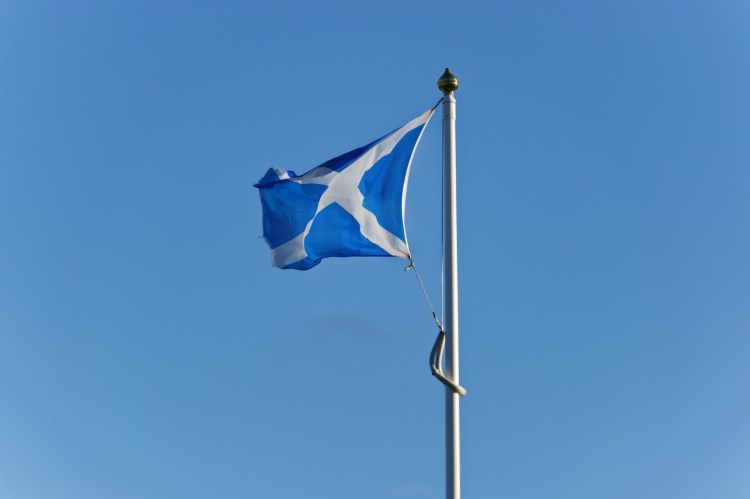 It’s been five days since I learned that my country wasn’t normal.

It had never occurred to me there was anything strange or deficient about us, save for the national football team and the relentless career of Elaine C Smith.

Then, last Wednesday, I sat in the press gallery of the Scottish Parliament for the latest, but by no means the last, in a series of statements by Nicola Sturgeon on Indyref2. What I heard troubled me. Not politically; even SNP MSPs don’t push back when you point out that Sturgeon’s artfully worded statement kicks the can into the next parliament.

The First Minister was talking publicly the way nationalists talk privately. Scotland has never quite lived up to their expectations and independence is meant to be our penance. Only on the other side of a Yes vote will we be worthy of their ardour.

Scotland not normal? If believing the bane of child poverty a higher priority than the constitution is not normal, many of us are not normal. If wishing the First Minister spent more time on education and less time aboard international flights is not normal, we are happy not to be normal.

If being more invested in cancer and mental health targets than in the waiting time for Nicola Sturgeon to get her own seat at the UN is not normal, then put us down for abnormal. Nationalists can be so concerned about the dignity of the nation that they neglect the dignity of the individual.

When she wasn’t lamenting our lack of normalcy, the First Minister’s statement was a gentle broth of warm reassurance. There would be ‘respect’ for those who thought differently about the constitution. She would seek ‘common ground’ with opponents and ‘engage fully and in good faith’.

There was more such talk in her speech to SNP conference yesterday. This is not just a change of tune — the whole orchestra has taken up new instruments.

The First Minister will have to forgive us if we cock an eyebrow suspiciously in her direction. When you spend years accusing people of ‘talking down’ their own country then pivot to calls for an inclusive debate, it does sound rather like you’re at it.

The real SNP is the one that refused to accept the outcome of the 2014 referendum, the one that told the young the old had stolen their future, the one that imputed a poverty of patriotism in its opponents.

Nationalists have not repented of their prejudices; they have calculated that suppressing them is electorally advisable. When Nicola Sturgeon slips up and says Scotland is not normal, she betrays how difficult an act this is to pull off.

We are not heading for another referendum but the pretence that we are is important to SNP strategy and so phoney debates will be held and listening exercises organised in which the First Minister does all the talking and we do all the listening. The greatest challenge, however, will be engaging with a demographic the SNP, despite its electoral success at Holyrood, still struggles to comprehend: people who disagree with it.

The conviction that they are Scotland’s lonely patriots is intrinsic to the nationalist worldview. In earlier times, people heard the voice of God and, coincidentally, the Almighty always wanted them to do things they already wanted to do. Nowadays, people speak with no less fervour about ‘the call of the future’ and ‘the right side of history’, by which they too mean their preferred outcomes. It is a secular predestination and they the Elect.

For Nationalists, supporters of the Union are on the wrong side of history. We lack their romance and faith in the power of land and symbols. They say that we are ‘proud Scots, but’ — that is, we can often be heard to declare ‘I’m a proud Scot, but…’

That doesn’t mean we are any less invested in Scotland. Flags are not the only currency of patriotism.

We love this country too. We want to see its people prosper. We want our entrepreneurs to take ideas and pluck into profit and our scientists to turn bleary-eyed jolts of eureka into cures for dread diseases. We want our schools to be the world’s envy once more and our athletes to bring home a king’s ransom of gold everywhere they go. We want to be admired around the globe but at home we want to be a country worthy of celebration.

We are closing in on a decade of remorseless constitutionalism and bound for a decade more. There is no end in sight because this is not simply a debate about national sovereignty, it is about the sovereignty of the individual. Nationalists believe the only way to be Scottish is to not be British and they have allowed this disdain for the dual nationality of Scottish-British to animate their offensive against the Union.

The Scottish identity used to be broad and malleable enough to accommodate Scottish-Britishness but thanks to the SNP Scottishness grows narrower and more rigid by the day. That anyone could be a patriot of not one but two countries might perplex them but it is who we are and they want to take it away from us.

What neither they nor most of their Unionist parliamentary rivals fully appreciate is the backlash phenomenom they have inspired. A Survation poll last month for the Scottish Daily Mail showed 35 per cent of Scots never want another referendum. Ever. That’s a larger share of the electorate than the SNP won in the 2007 Holyrood vote that brought them to power.

Nationalists may console themselves that such people are a tiny fringe of knuckle-draggers and flute-spinners. They are not. I know these people. They talk to me and write to me and they are dug in for a war of attrition.

It took tectonic social, cultural and religious transformations for devolutionist Labourism to displace the old Unionism that was once as Scottish as tartan shawls and Calvinism. It took Nicola Sturgeon to revive the Unionist tradition, albeit in a different style, one that is coming to mirror the zeal and belligerence of nationalism.

If Scotland voted Leave in a future independence referendum, Ruth Davidson would accept the result, roll up her sleeves, and pitch in for the good of the country. That’s just who she is. These New Unionists would not. They would respond to defeat the way the SNP did in 2014: lick their wounds, regroup and resume the campaign for Scotland’s place in the Union.

Nationalists were not expected to give up their beliefs because of one referendum loss and the New Unionists will not give up theirs. They would be a minority, but so was the SNP for the first 70 years of its existence. The Tories would not represent them but the vacuum would not be long in being filled.

It has not fully sunk in for Nicola Sturgeon or the wider political class but when the SNP opened Pandora’s Box in 2014, it let loose two nationalisms. Whatever becomes of the constitution, Scotland is destined to be as divided by rancorous identity politics as dozens of countries across the West today.

First Minister, you have made us more normal than you yet understand.